Here is my last class for DCC RPG: the Hero! The idea behind this came after reading The Phlogiston Books Vol. I and thinking about the idea of "rural fantasy". The Hero Class was thus created to be both a "peasant adventurer" class. Another design goal was to have a "basic" class for new players. For this last purpose, I tried to keep the class as simple as possible. 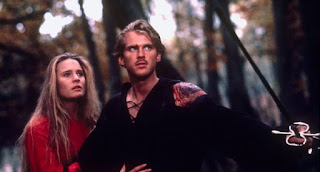 Finally, inspirations for the Hero are widespread. I recommend checking the awesome Black Hack (for the usage die) and the various OSR blogs for things like the Lucky Number.

Without fruther ado, here is the Hero Class. Edit: Fixed the HD! I'll try to playtest it soon and see how it works at the table. 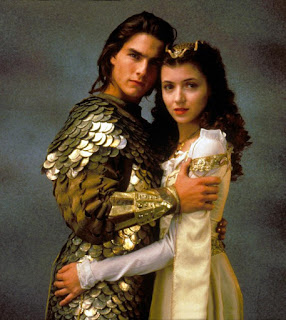 Posted by Tzimiscedracul at 7:34 PM 0 comments

The "Complete" Gongfarmer's Handbook (or d10 uses for nightsoil)

I friend of mine, fellow DCC Judge and a player at my table once asked me "What the hell am I supposed to do with night soil?". He still regrets making that question to me… 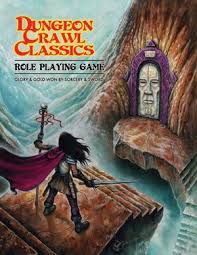 OK, gongfarmers are to DCC what rat-catchers are to Warhammer Fantasy. They just scream DCC all over (there’s a reason we have the brilliant Gongfarmer’s Almanac). Historically, gongfarmers were those responsible in olden times to dug out and removed human excrement from privies and cesspits. Because of public sensitivities, gongfarmers were forced to work usually at night (they’re also known as nightmen, which is awesome). Given their trade’s requirements, is no surprised most would be mad enough to risk their lives for gold and glory. In the DCC mindset, gongfarmers have nothing to lose (kind like rat-catchers, who must waddle through the sewers of the Old World and face skaven and shit).


So, if you look at the Gongfarmer Occupation, you will see that you start a DCC Funnel (i.e. a 0-level adventure) with a trowel and a “sack of night soil”. Night soil is (literally) shit. What can an aspiring adventurer to with night soil? Oh, I’m glad you asked (I’m not chemist, so let’s stick with the basics).

1 - The Trap-Trigger! (just throw it at any place in the dungeon you believe a trap is set. Always work… after all, that sack is heavy).
2 - Throw it at the monster’s face! (the BEST use. This is probably a ranged attack with the intention of blinding the target, breaking a spellcaster’s concentration or just making them throw up… warning: won’t work on otyughs and most un-dead).
3 - Smear it on the ground before an incoming monster (the idea here is to make the critter stumble or fall).
4 - Jam a lock! (OK, it is disgusting… but enough night soil in the lock and most door will have to be open through brute force. That’s 1 or 2 rounds of running for you).
5 - “Tell me where the treasure is or I’ll…” (menacing a bound intelligent humanoid creature with night soil down their throat should work).
6 - FUEL! (use the night soil to rekindle your torch or burn something up! It’s a fertilizer after all and I’m not a chemist).
7 - Your personal “magic” hole (c’mon, think about it: which kind of monster would search through shit to find something?! Hide that precious magic scroll, potion, map or key in the sack!).
8 - Make sure they die… of infection! (if your Judge is a great fan of Morale rules, chances are that some monsters will run. Make sure they don’t came back by smearing your dagger or sword with night soil. It is a dick move, but a Funnel-life is a tough call).
9 - Play dead! (smear the night soil over you and drop to the ground, with luck - if the Judges deems necessary, a Luck check - your gongfarmer might be ignored by most monsters. Warning: probably won’t work against un-dead or intelligent adversaries).
10 - Countermagic! (OK, this one rellies a bit too much on your Judge’s campaign. The idea of sacrifices on DCC for Icon Magic purposes - a.k.a. Divine magic - may allow for a well aimed night soil sack to ruin a ritual (or a cleric’s attempt to remove Disapproval). After wall, all that gold smeared with shit or that poor virgin covered in 💩 will probably ruin most rituals. Please, bear in mind that an angry or desperate cultist might still try to kill the victim… but at least Cthulhu won’t show up). 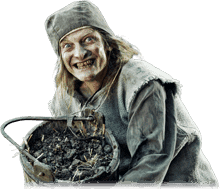 Posted by Tzimiscedracul at 3:18 AM 0 comments