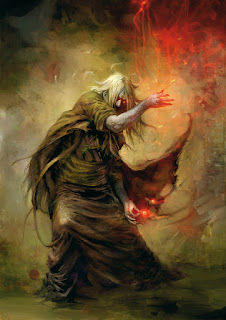 I’ll use -C’s List as reference – but I’ll not follow its original order. The idea is to make the life of arcane casters difficult (if not miserable); after all, they’re little more than bastard cosmic cheaters.

This is something that I already do in my games (in my last Pathfinder game the party’s magus deeply regretted not buying the Eschew Materials feat).

I also have the habit of removing money costs and changing them for particular quests and puzzles when dealing with acquiring spell components and crafting items. This is something I learned from AD&D 2nd magic item creation system that I dearly love and also employ on Pathfinder.

These steps are something that I’m still not sure on how to do (actually I’m not sure if I really want to do it). Although I really loved the spell failure tables given on –C’s post, I think I’ll limit their effects to strange magical environments (see below), at least in Pathfinder.

I already have enough d20 variants (Thieves World and Black Company) and other RPGs (Warhammer 2nd) which plenty of fun and mayhem for spells. However, in older D&D editions I’m tempted to use them, particularly given the fact that OD&D is very friendly to house rules (including variant spellcasting systems, like Brendan’s spell retention rule or a power-accumulating system of my own).

Allow wizards to learn only one spell a level!

This is another step that would require a major overhaul of Pathfinder’s mechanics and philosophy. However, if you want to go “Full Vancian”, here’s a suggestion).

Another idea would be to change spells in general. Make each dweomer open-ended and versatile, powerful yet dangerous to use (almost a bundle of basic effects). Then you would have fewer spells, albeit with more uses. Like having a general “fire spell” or a “shield spell” (almost like in Black Company’s True Sorcery system). That’s something to ponder.

After reading Dungeon Crawl Classics RPG, I’m starting to really dig this. It’s flavorful and easy to implement. For Pathfinder I would establish that merely carrying a small iron item (like a dagger) would give a 50% chance of spell failure. Anything bigger or that touches naked skin (like iron manacles) completely negates spellcasting. The same is true for steel and ferrous substances in general. Personally, I’d exclude mithral (for our spellcasting elves) and perhaps adamantine (or maybe steal something from Anderson and allow more exception with weird elements, like magnesium or tungsten).

I’m a great fan of local environments and particulars changing the way spellcasting works. This is something I believe works best if handled by the Gamemaster on each adventure. I also think that each adventure should have some particularity regarding spellcasting. For example, a wizard’s tower located on a volcano could have wild fire magic energies floating around with the risk of every fire spell coming alive as an elemental (that could be controlled if the caster knows which focus to use or which enemy grimoire to steal).

Finally, everybody really hates you, because although magic is awesome, you keep kidnapping townspeople to fuel your dark magics!

Check some of the Otherwordly Traits below. I hope they can address this particular aspect. Also note that I’m establishing arcane magic as something that goes against the Gods (I always hated “gods of magic”, so I’m not missing Mystra, Nethys, Ioun etc.).

Give wizards mutations for using spells!

I prefer to let random “free” mutations to Chaos worshippers and really inhuman casters or (NPCs), though I see nothing wrong in punishing reckless PCs (or variant classes like Warlocks). One aspect of The Black Company that I enjoy is the idea that casters need a True Name to “anchor” them to reality and humanity – otherwise the sole act of studying and casting spells change them each time to something otherworldly.

I’d implement this by giving arcane spellcaster an “Otherworldly Trait” for each new spell level attained.

1st level – 1D6: (1) You can’t enter temples on your own and holy symbols burn you if touched for 1 points of non-lethal damage (and divine spellcasters feel odd when within 30 feet of you); (2)  animals are scared or instantly attack you (and you can’t buy Handle Animal); (3) you have a spooky aura and initial reactions to you are Unfriendly (and you can’t buy Diplomacy or Bluff); (4) naked contact with iron burns and mark your skin for 1d4 damage and you can’t be healed, remove the Fatigued or Exhausted conditions, or recover hit points while in contact with it; (5) you spoil food, blight plants, kill small animals, leave young/frail people sick and stop natural healing if sleeping at 100 feet of other living mortal beings (besides probably causing nightmares to all around); (6) fey/outsiders/undeads feel your presence at 100 feet and find your flesh (and soul) just irresistible (treat their reaction as instantly Hostile).

2nd level – 1D4: (1) pick another 1st level trait; (2) hearing your True Name spoken removes your spellcasting ability for 24 hours; (3) you need to sacrifice a certain number of HDs to prepare/recover each spell level, 1+ HD opens 1st level spells, 2+HD open 2nd level spells (or 1st level), 3+HD open 3rd level spells (or 1st or 2nd) etc. (this HD must come from any creature except constructs, fey, outsider or undeads; animal HD work at ¼ potency); (4) your reflection is demonic/monstrous and shatters mundane mirrors (pools and magic mirrors leave your instantly Exhausted and, after that, deal 1d3 points of Wisdom damage per round; if the Gamemaster is feeling kind he can give you a Reflex save to avoid seeing your reflection);

3rd level – 1D4: (1) pick one 2nd level trait or two 1st level traits; (2) you have one strange aspect (cloven feet, forked tongue, one cat eye, a beastly hand) and is treated for all rules purposes as a fey or outsider of the worst possible Alignment combination for a particular game effect (and anything that would banish you instead deals 1d6 points of damage for each caster level YOU have); (3) your iron allergy now extends to silver, mithral, adamantine and all metals (use the 1st level Otherworldly Trait as reference); (4) spellcasting now requires blood, 1 point of damage per spell level, either from you or a dying creature you touch (the target can’t be a construct, fey, outsider or undead).

4th level – 1D4: (1) pick another 3rd level trait; (2) you have an arcane rune branded in your body that can’t be removed by illusion or shapechange and you’re immune to beneficial divine spells; (3) you’re vulnerable to fire/cold/electricity damage (roll one), your skin and visage gains an otherworldly appearance and you can’t cast spells that deals this type of damage (if the GM is nice, you can change your fireballs to coldballs and so forth); (4) each night during sleeping you have a 25% of becoming a monstrous being that can only be stopped by sunrise (good luck in the Underdark) or by slaying a number of HD equal to your caster level (treat your character mechanically as a lycanthrope of appropriate CR).

5th level – 1D4: (1) pick another 4th level trait; (2) your appearance now matches a half-fiendish or appropriate monstrous creature (no mechanical change) and sunlight does 1d4 points of damage per round to you; (3) you require exotic food to sustain yourself (human blood or tears, rare lotus or spell component, magic potions, pages from grimoire etc) or to sleep (roll); (4) after casting a spell, you have 10% chance per spell level of becoming an enraged chaos beast in the next 1d6 rounds (the transformation last for approximately an hour).

6th level – 1D4: (1) pick another 5th level trait; (2) once every week you lose all your spellcasting and magic item use abilities for 24 hours (roll randomly and don’t let the player know the day; you can still employ the Use Magic Device skill); (3) being touched or attacked by iron/steel now deals 1 point of Constitution damage and removes your spellcasting ability for 1d4 rounds; (4) roll randomly on one type of creatures [aberration, animals and magical beasts, construct, dragon, fey, humanoid (pick a major race), giants (all), ooze, outsider (pick a major type, like devils), plant, undead or vermin]; your SR or any type of magical protection don’t work against them; they also gain a +4 bonus on saves against your spells and remove your spellcasting ability for 1d4 rounds if they manage to touch/wound you.

7th level – 1D4: (1) pick another 6th level trait; (2) you must guard your soul on a phylactery (like a lich), but without any benefits; anyone holding the phylactery is immune to your magic an attacks and can give you order like dominate person (Will save against each command); ah, and you can’t be raised if the phylactery is destroyed – never!; (3) you’re afflicted with all penalties (and the appearance)  of venerable old age (no benefits) and your Speed is permanently reduced by half; (4) you must constantly use a move action, each round, to keep your form stable, otherwise you acquire a monstrous form and suffer a 25% spell failure with spellcasting and finesse/delicate actions (when you sleep you can’t help yourself).

8th level – 1D4: (1) pick another 7th level trait; (2) you can’t employ magic or lie against someone holding a lock of your hair or a drop of your blood (however, if they force you to answer 3 questions truthfully you can attack them); (3) you can’t spellcast when under direct sunlight or inside a hallowed (unhallowed) temple; (4) your aura intermixes permanently with your most powerful magic item, if removed from your person you lose 1d6 points of Strength per round until fully paralyzed (while in this state you can hibernate for years or centuries).

9th level – 1D4: (1) pick another 8th level trait; (2) your magic unravels existence, blighting the local region, killing weaker creatures (3 or less HD) and inflicting 1d20 damage on a random ally whiting 100 feet; (3) after each encounters roll a d%, if the result is equal or less than the accumulated number of spell slots spent, an outsider/fey/undead (CR = your caster level, minus 1d10, plus 1d6) comes after you in the next hour (the % is reset only if you abdicate of spellcasting for a week or after an otherworldly beast comes after you); (4) your eldritch knowledge can’t be contained in grimoire anymore; you must find another spellcaster and kill him, transforming his skull on a special phylactery for his soul and also as a reservoir of spell knowledge (each costs as much as a lich phylactery); you need one skull for each spell level, except 9th level, where you need one skull for each spell; you have 101 days to create these skulls and they must be guarded inside an enchanted tower or else the spellcasters ghost will come after your; you can only prepare/recover spells from these skulls from now on. Good luck. [Oh, and the spellcasting victims must have enough power to cast the spells that will be kept in their skulls.]

I prefer this approach because it doesn’t instantly change all arcanists into proto chaos beast (just some unlucky ones) and it fits with “lesser” casters, like Assassins and Bards. Anyway, they will probably make the life of arcanists interesting.

Ok, that was fun. Now, a final step: Divine spellcasters!

Posted by Tzimiscedracul at 5:13 AM

What I am running... 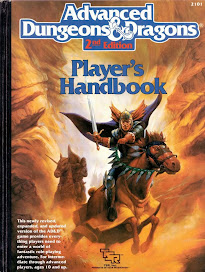 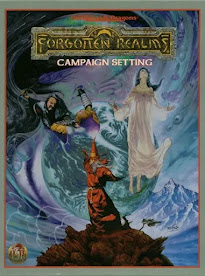 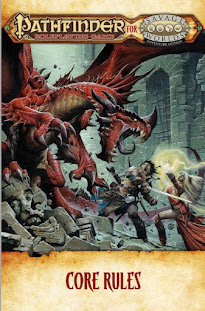 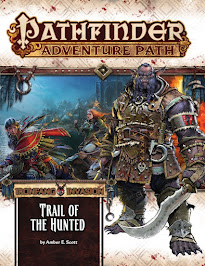 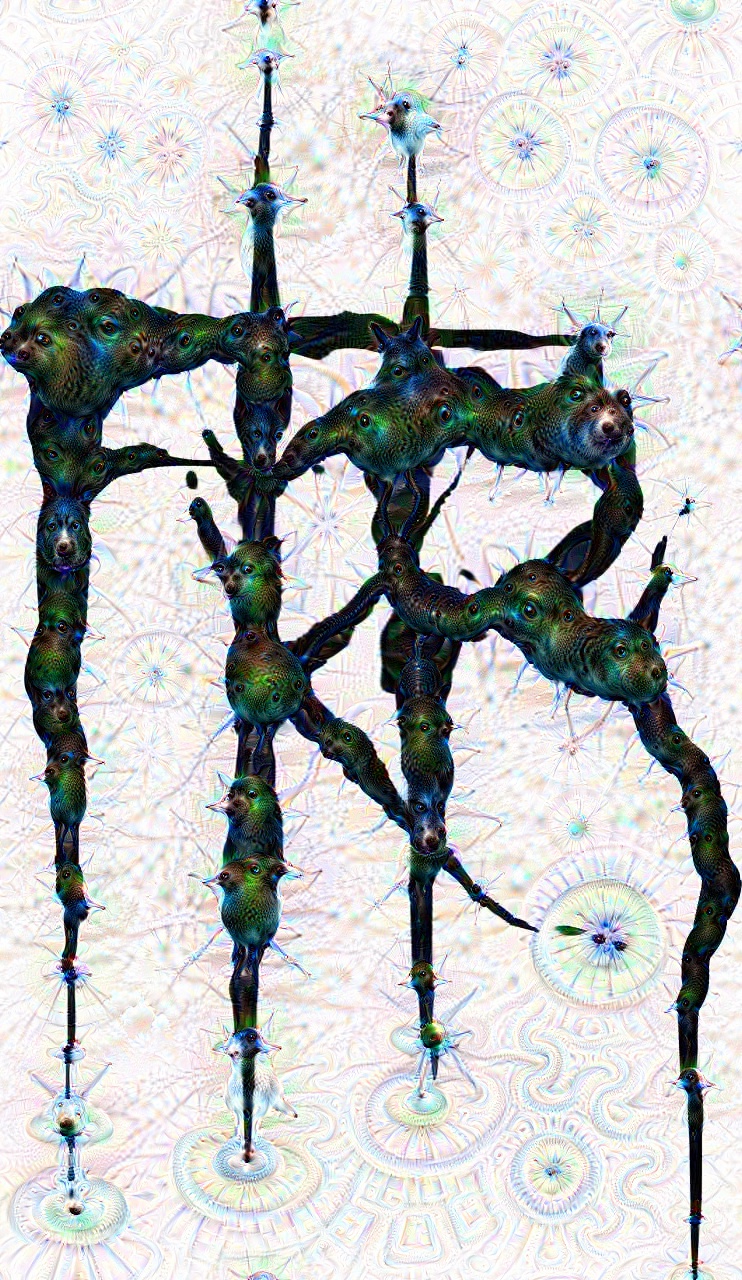